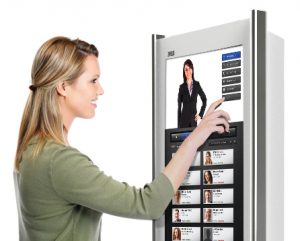 When people hear the word automation, they immediately think of robots in industries replacing workers. However, automation comes in many forms and may touch on every aspect of life. For instance, it may come in form of a piece of software that does something that skilled workers used to do. It may also come in form of artificial intelligence software that finds solutions for different types of problems, a task that humans used to perform. There are many jobs at risk for automation, including:

Front desk clerks and receptionists can easily lose their jobs to automation. In fact, many have already lost their jobs to robots. When you walk into a bank, you will find a robot with a large touchscreen that has all the services you may need. After choosing the service you need, you will get a ticket indicating your number on the line as well as the counter you should go to. This is something that human receptionists and clerks used to do. Today, these jobs have been lost to automation.

Loan processing is a purely mechanical process. There are a handful of variables that loans officers normally consider before approving loan applications, including; credit score, annual income, loan amount and repayment period among others. There are loan processing applications that have been developed for banks and credit unions among other types of lenders. The applicant can input all the required details online and submit their application. An instant approval or rejection is normally offered. This has eliminated the need for loans officers.

Making your favorite cocktail requires the bartender to mix several drinks in different proportions. A robot can be programmed to do the same, which means that you will not need a bartender next time you visit your local bar. Handing drinks to customers and billing them is also something that robots can do.

Securing a building is best done by an intelligent security system as opposed to human beings who can fall asleep on the job, get drugged or bribed to look the other way. An automated security system has numerous sensors and cameras and can identify intruders before contacting the police. Some systems can even detain the intruder in a room as the police arrive.